Home » Blog » Don't put yoga in a box. Sport. Meditation. Whatever. It's not the point.

Don't put yoga in a box. Sport. Meditation. Whatever. It's not the point.

There are two major areas of controversy with respect to the practice of yoga: 1. Is it a sport?  2. Is it religiously affiliated? We'll leave the second question for now and tackle the first.

Some yogis bristle at the idea of a yoga competition. They say that yoga is the antithesis of comparison to others. Judging messes with the "soft focus" of yoga. But others rebut these ideas citing the long tradition of competition in yoga. Just take a look at this short article and the accompanying comments. It's an ongoing battle.

Recently, Jim Kallett, a long-time Bikram Yoga practitioner, teacher, USA Yoga judge, and studio owner, got philosophical about this point. We like what he had to say. In short, "Who cares?" Yoga is what you want it to be! Here, here. Live and let live...or better yet, practice and let practice!

The following was written by Jim who most recently aired "Yoga is Life Radio" on VoiceAmerica internet Talk Radio!

IS YOGA A SPORT?

It’s the question itself that’s the answer -- the process of inquiring, examining, observing, becoming aware of our own perspectives and conditioning, that’s the activity of Yoga, that’s Meditation.  And maybe not so much to make up our minds, (We do that all the time.) but to discover and realize our mind itself, come to an understanding of its complete process, its totality, until it becomes still — to go beyond the field of the mind to the truth, to reality.

I’m fine with Yoga as Sport.  As long as it’s done with integrity and honesty, it can be a way to inspire others and motivate many (especially the young) to a discipline of practice.  It can also lead to danger if overdone or done incorrectly, but that’s the same with anything, even any approach to Yoga.  What the human being is capable of is so unlimited, and a healthy sport can develop, bring out, demonstrate, and inspire that potential — there’s certainly a place for that.

Yoga isn’t owned, or the property of those who might consider themselves "spiritually superior".  Its history is one of discrimination, elitism, prejudice, even entitlement, only for the few.  But now, for the first time in history, yoga has become available, accessible for all (when practiced properly and safely, simplified, but without compromising its basic principles).  This is an extraordinary and radical, revolutionary thing, an exciting time for Yoga, but also a dangerous one, as it (once again!) gets usurped, adopted, even co-opted by the current Movements of new Modern Culture (Business, marketing, branding, money, for the sake of those things).

Yoga has had a sport aspect to it throughout history; and even more so in the last 100 years in India. My teacher was a 3-time All India National Yoga Champion as a boy.  In tournaments and physical tests, he was judged by the greatest Yogis of the time (including Swami Sivananda and Bishnu Charan Ghosh). This testing and competition goes all the way back to the Mahabharata. 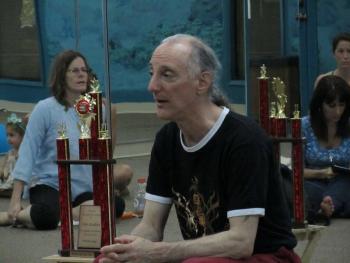 Blind King Dhritarashta, from the direction of Grandsire Bishma, sent his 100 sons along with their cousins, the 5 Pandava brothers, to Dronacharya’s Ashram to train in all the disciplines of running a kingdom that they would one day need -- from Politics and Economics, to Martial Arts and Archery, and of course Yoga.  After a while, Bishma decided to go and check on their progress.  When he arrived, he asked Sri Drona to devise a test of the boys to see what they had learned at that point.

Sri Drona had the boys assemble for the test before a great meadow, where there was a single tree, standing alone a mile away.  He had put a wooden bird on a branch of the tree, and he had painted an eye on the bird.  The test was to have each boy try to hit the eye of the bird with a bow and arrow from that great distance.

He had Yudhistir (the Crown Prince, eldest of the Pandavas and of all the boys, and the epitome of truth and honesty) go first.  He told 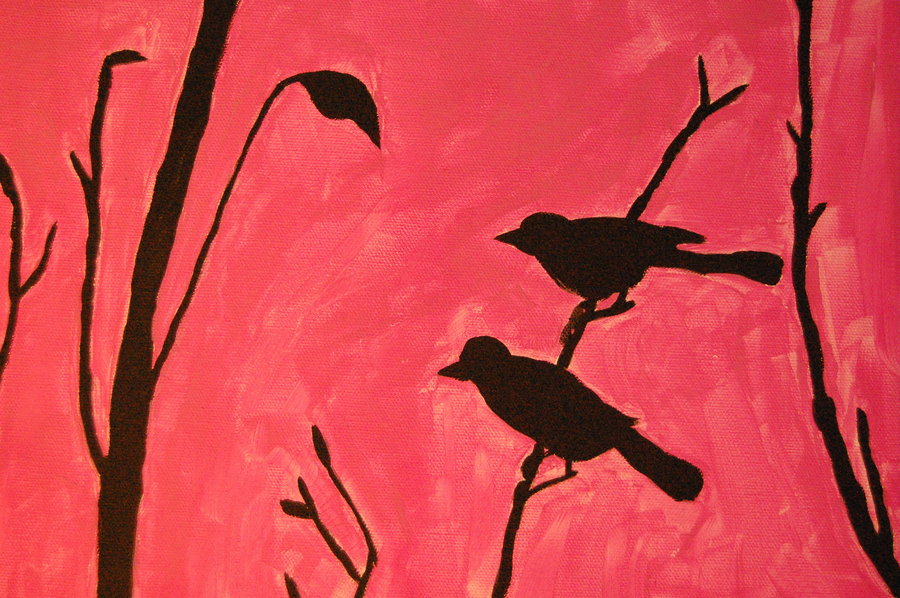 The arrogant Duryodhan was next, the eldest of the Kauravas as the 1st son of Dhritarashta, and rival to Yudhistir.

Arjun shot the arrow right into the eye of the bird.

That’s Yoga.  Seems to me, it’s even Yoga Sport.

Yoga is really everything.  It’s a Science, a tool, a process.  The process of putting opposite forces into balance (or “union” as it’s most commonly defined), by the action (and concentration) of Conscious Will.  It’s Quantum Physics.  And it certainly can be applied to Sport, as it can with any action or activity in Life—physical, mental, psychological, emotional, medical (therapeutic, preventive), martial, political, economic, religious, Spiritual, relationship, conflict, to Life itself….

Perhaps the question to ask isn’t “Can Yoga be Sport,” but rather "What is the Importance of Doing Yoga Properly" (however it’s applied), and how to know if it’s being done properly or dangerously.  Krishna answers that so eloquently in the Bhagavad Gita, in which he “sings” the entire philosophy of (Karma) Yoga (Vedanta) to Arjun on the battlefield in between the Pandava and Kaurava Armies, as the Battle of Kurukshetra is about to begin.  It is the greatest battle of all time, a nuclear battle of divine weapons — the battle of the mind and the spirit, of right intent and “blind” ambition, of positive and negative forces, of good and evil actions.

Maybe it’s time we end the arguing of who’s right and wrong about what Yoga is and isn’t, and allow the truth to be unveiled in the mirror of Self-Realization, in that mirror of Yoga practice.  To stop copying (and changing it, destroying it) for the sake of the ego, or self-righteousness, or greed, and instead to pass it on by acknowledging where good comes from, how good things came to us, by our own practice and right action, made by a clear, focused, emptied, conscious mind, from a place of Love, right here, right now, this moment, of Meditation.

Thanks Jim for the words, "Maybe it's time we stop arguing" -- about everything. What if we debated ideas with the foremost objective of reaching a consensus and/or agreed upon solution. Hey politicians, are you reading? We wish....