Home » Blog » SIGG Update. How to exchange your bottles and get a Camelbak freebie.

SIGG Update. How to exchange your bottles and get a Camelbak freebie.

ONLY bottles manufactured before August 2008 are affected. Click through to the SIGG site to learn how the exchange program works. Read our previous post for more details about the affected bottles.

SIGG has lost a lot of goodwill over this fiasco and some companies are taking advantage of the situation!

Camelbak is offering a FREE insulated stainless steel water bottle to consumers who send in a photo of their aluminum water bottle with a liner containing Bisphenol A (BPA). 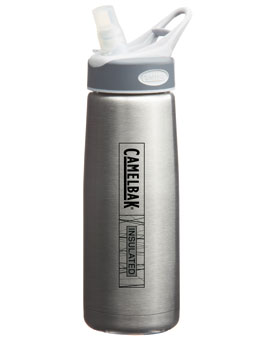 Hurry, because the deal was announced Sep 3 and ONLY 500 entries will get a bottle and the promotion ends September 25th. For contest details click here.

These companies really need to get with the program on these bottles. I just received the following email. Now Gaiam's bottles are also suspect!

Not long ago, SIGG announced that their aluminum water bottles, which many people purchased to avoid the BPA found in plastic bottles, actually contained BPA. Now it has come out that Gaiam's aluminum water bottles -- the ones that were previously labeled "BPA-free" -- actually leach BPA at 20 times the levels that SIGG bottles did.

After being called out on the web on the BPA status of their "BPA-free" water bottles, Gaiam has quietly posted on its retail website data from independent lab test results that show BPA leaching levels at 23.8 parts per billion.

These findings are more than 10 times the detection limit that SIGG provided in its own water bottle testing, and over 18 times more than the leaching levels found in independent studies of SIGG water bottles.